Pydev 1.5.8 is now in polish mode for a new release, so, anyone wanting to test it, this is a good time (and it should be pretty stable already). Just grab the nightly to test it: See: http://pydev.org/download.html for instructions.

The major change is that Pydev now takes advantage of the newest features in Aptana 3 (beta).

1. Theming: The colors in the chosen theming (Preferences > Aptana > Themes) are properly used. 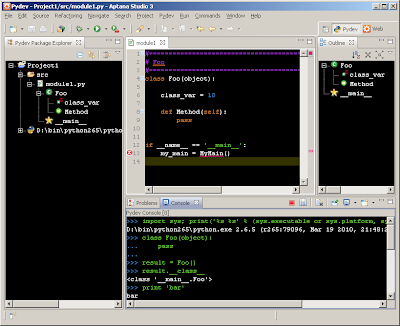 2. Find Bar: Instead of the default Find/Replace dialog, a find bar is shown at the bottom of the editor for doing common searches (and the next Aptana release will also add replace actions to that bar). 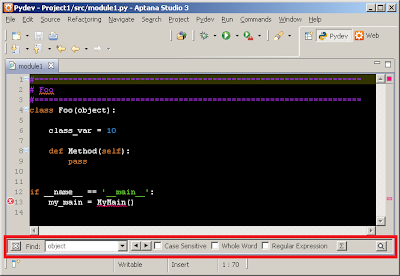 Some other niceties include:

- An additional choice for the title of django editors, showing a different icon but still adding the regular name of the file to the title was added.

- Jars are now signed (some people were getting corrupt installs with problems when downloading pydev, so, this will hopefully fix that). 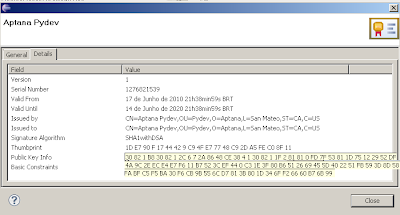